The Visegrad Group countries must stand stronger and more united in order to counter the discrimination they face in the European Union, Prime Minister Viktor Orbán said in a “samizdat” letter to Mikuláš Dzurinda, Slovakia’s former head of government and the chairman of the Wilfried Martens Centre for European Studies, published on his website.

Orbán said his letter came as a response to Dzurinda’s rejection of a proposal he had made in a recent interview with conservative Slovak news portal postoj.sk, namely that the V4 should strive to transform the European Union’s German-French axis into a three-pillar power centre based on German-French-V4 cooperation. “This, of course, is only possible through a Polish leadership of the V4, but this is not Mikuláš’s reason for refusing the initiative,” Orbán said. “According to his theory, my proposal would only increase the European Union’s internal fragmentation, leading to further division, not unity.”

The prime minister emphasised that the question was not theoretical in nature, but rather practical. “It is a fact that the countries of the V4 have not managed to properly advance their interests within the EU’s framework,” he said. “It is a fact that we, Central Europeans, are subject to massive discrimination. What I am saying is that if we do not step up — stronger and together — this situation will not change.”

Citing 2016 data, Orbán said that under the current setup of the EU’s internal market, a French citizen ended up with an extra annual income of 1,074 euros and a German with 1,046 euros, compared with the 537 euros in extra income seen by a Slovak citizen and the 408 euros earned by a Hungarian citizen. He added that when comparing the money flowing into the V4 countries through EU transfers to the profits and dividends leaving those countries, “we will see the great extent of our losses.” In the case of Hungary, he said, the difference was 80%, and in the case of Slovakia, 90%. “The disproportionality in centrally managed EU programs (such as Horizon 2020) is not simply woeful — it is humiliating,” Orbán said.

The prime minister also pointed out that while the combined population of those countries that have joined the bloc since 2004 makes up more than 20% of the EU’s total population, they had only received 5.1% of the funds. “Meanwhile, our proposals aiming to remedy the geographical disproportionality have been defeated,” he added. Orbán also said that the EU’s posted workers directive “has been rewritten in a way that is detrimental to the V4”. He said the first mobility package had been “hurtful” and “insulting” to the lorry drivers of the V4 countries. “And I haven’t even mentioned the brain drain, obligatory migrant resettlement quotas and the double standards implemented against us,” he added. “Has the time not come for us to get organised and stand up for our interests?” the prime minister wrote. “Why should we remain the EU’s dupes?” “Slovaks and Hungarians deserve more than this,” Orbán said, concluding his letter. 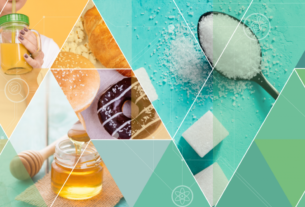 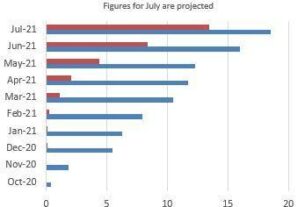 European Guarantee Fund well over half its €24.4 bn target in first 6 months 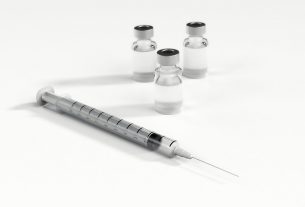